Ever hear of Flat Stanley? The idea is that a kid, usually a first grader, makes a Stanley on a piece of paper, cuts it out and mails it to someone. They take it all over the place snapping pictures along the way. Then you put it all back in the mail and show the creator where Flat Stanley has been. Last year we sent a Flat Stanley to Maryland....this year we got one from Maryland. Funny how that works. Flat Stanley had a good weekend. He went to 2 birthday parties, a diner, a softball game and strawberry picking.

The strawberry picking was inspired by two things. First, this post at All Over Albany detailing the local farms with pick your own berries. And second, the third comment on that post from someone named Lu who wrote:

"Grocery store strawberries cost exactly the same. Since they grow close to the ground you can't even fill up on berries in the field. Seriously, I don't see the point."

Wow. Well after reading that, I wanted my kids to see the point. The three of us (4 if you are counting Stanley) headed out to Best Berry Farm this morning. I'd say the whole trip including a stop to get a drink took a little over an hour. 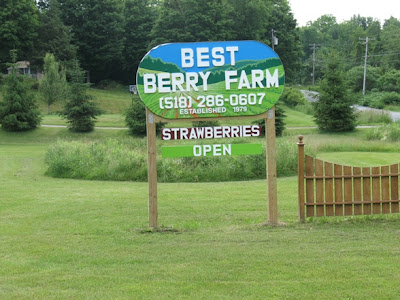 The girls and Flat Stanley headed into the field with great enthusiasm... 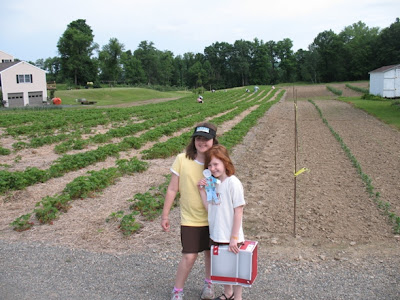 They did a great job picking. We had brought two boxes and filled both up. A lovely woman weighs the empty boxes before you go picking. Very friendly place. Here's Flat Stanley resting comfortably on some berries being weighed. In case you were curious, Flat Stanley weighed in at 0.01pounds 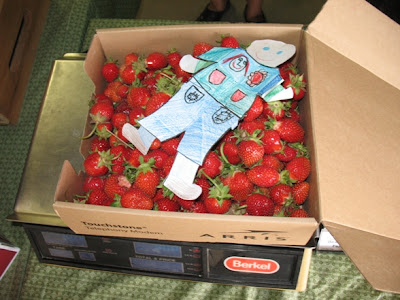 That hour was time well spent. The girls "see the point" and I think we will be making this an annual trip. The berries were $1.75 a pound and we picked about 8 pounds. As I type, about 2 pounds that were macerated with sugar and then blended with cream are chilling to become strawberry ice cream tomorrow. We've probably already eaten 2 pounds too. Blueberries were still a few weeks out. If we are around, we'll definitely head back out to Best Berry Farm for those. Although we'll be short handed. Stanley will be relaxing back in Maryland by then. 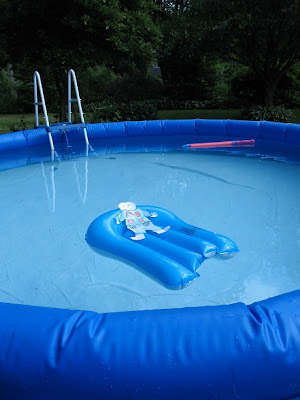