Also known as Summer In February...it's an annual gathering of family to have a big summer style indoor picnic in the middle of February. It's been going on awhile. It started as a get together in a summer camp once the camp had an oven that could heat it up in the winter and evolved into more of a winter festival. Looking back, I have posts from:

2010 this post says the tradition is already 5 years strong. it's also nice to see not much has changed making it an actual tradition.

2011 only a brief mention here, but the quest to find Ron the Wet Saw was ongoing way back then and the post included some sketched of the oven that bare no resemblance to the actual oven.

2013 looking back at this post, I seem to have already written the first paragraph of this post.

2014 Summer in February was technically Summer in March in 2014.

I suppose I could write about "Rib and Pierogie Day breaking up winter" again. Only real change this year was abandoning the pit. The blocks are pretty broken up and tending the fire is much easier when the ground isn't frozen. The frost thaws and the freed up water is constantly putting the fire out. Gave fancy pants sous vide ribs a shot (ribs were sealed in vacuum bags and submerged in 165 degree water for 12 hours). They came out pretty good with basically no effort so the day was much more relaxed for me.

Absurd amounts of food were eaten, weight was gained, and once again it was a fun day.

And now, pictures of food (a couple shots were taken by my sister-in-law). 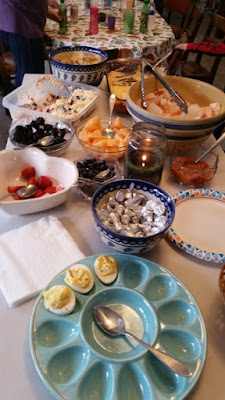 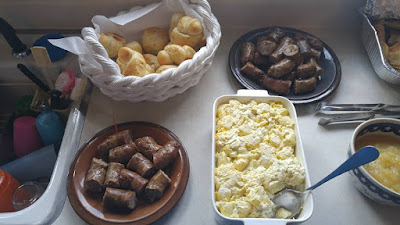 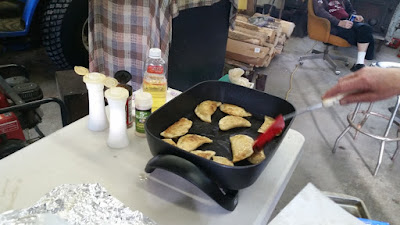 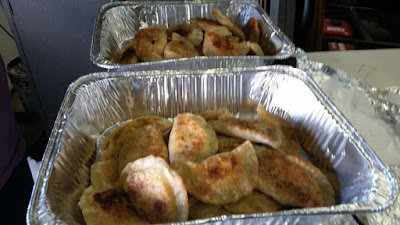 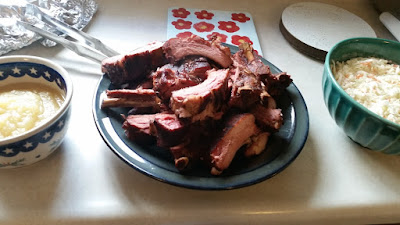 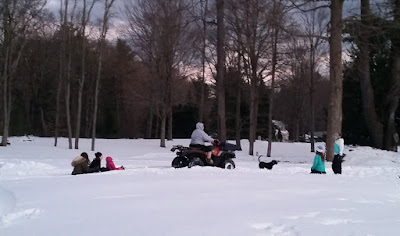