She’s the main reader of what’s left of this blog and currently stuck in a condo in Connecticut.

I’ll start with politics to get it out of the way: Ignoring the giant cheese doodle in the room and skipping right to Kentucky...

I am a big fan of bourbon. I like a lot of whiskey styles, but bourbon might be my favorite. I enjoy drinking it with friends at the curling club. I enjoy drinking it home. I don’t do much cocktail drinking but a good Old Fashioned is growing on me (Lost and Found as well as Kiernan’s Craft Tavern have good versions). The idea of me going on a bourbon trail to visit distilleries in Kentucky isn’t a big stretch. All that being said, here is my pledge: If Mitch McConnell gets re-elected the entire state of Kentucky is dead to me. I’m done. No more bourbon. Definitely not going on a distillery tour. No KFC (it’s not good anyway). I think Reynolds Wraps are from Kentucky. Gone. Jif peanut butter is made in Kentucky. Choosy Mom's will avoid choosing anything from Kentucky. And I promise to pay extra for a flight even if the best priced airfare has a layover in Kentucky - in case you didn’t know, the Cincinnati airport is actually in Kentucky. Seriously, fuck that guy and anyone who votes for him in November.

If you’re still with me, great. If you are thinking about leaving a disagreeing comment in support of Mitch, don’t bother. I won't be responding. This is not a discussion, this is a fact (remember those?). If the schmuck gets reelected, Kentucky might as well sink to the center of the earth as far as I’m concerned. As for the bourbon, there is a lot of whiskey made outside of Kentucky. I’ll spend my time and money exploring them.

The March Pizza Challenge extended into April and was “What do you do with leftover dough?” My uses for leftover dough are stretch it into a log and bake it like a small loaf of bread (warm, fresh bread goes great with dinner) or I flatten in out into a rectangle and make a Stromboli. Nothing too creative. At some point, I should try making garlic knots. 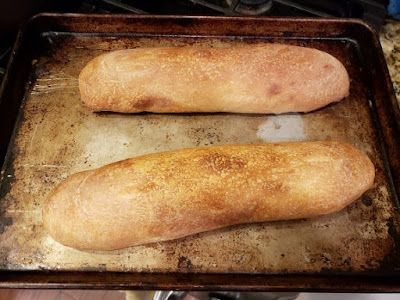 Like a lot of people, I recently tried my hand at sourdough. Following Jennifer in Saratoga’s lead, I tried developing a starter using all purpose flour. It looked like it was starting to work a little. Then I used some flour that I milled from wheat berries (some time ago I bought an old mill on E bay). The starter seemed to do a little better with the whole grain but instead, I decided to discard the first attempt and try again, this time starting with the fresh flour. Instead of discarding the original starter, I tried to incorporate it into a pizza dough. Pretty sure I screwed up the math since the dough ball I made was lighter than it should have been. In the end, that dough ball over fermented but I tried to cook it anyway. It basically disintegrated in the oven and made a huge mess on the oven floor -luckily it was the wood oven and not in the house, still a mess but a lot easier to clean. You can see in the top of the picture I've already moved the coals over the mess to burn it off. 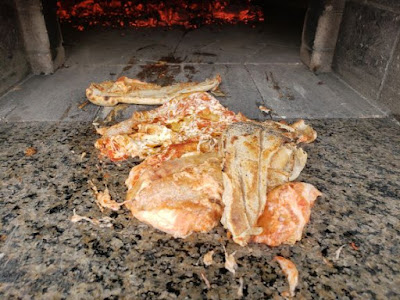 My first sourdough bread attempt came out better than the second. I need a better way for the dough to rise. I don’t have one of those bread baskets. Maybe a floured cloth in a bowl would work better than just a lightly oiled bowl. Might throw another loaf together tonight. 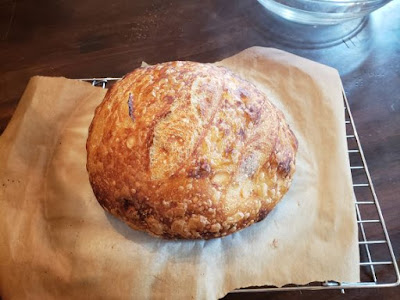 Pandemic Pizza- I’ve made two rounds of Pandemic pizza. Both rounds with over 20 pizzas that are picked up or delivered to be enjoyed by family, friends and neighbors. 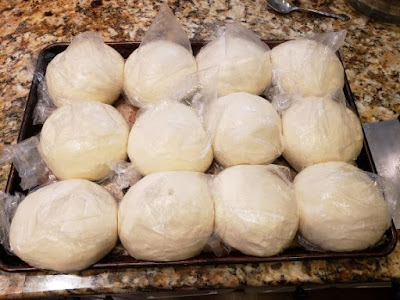 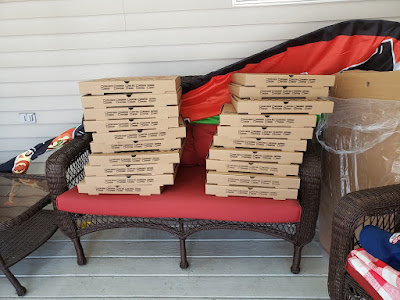 Something gets lost in the push for quantity. There’s less enjoyment in the pizza making. It’s still fun and I plan to keep doing it, But adding the elements of speed and being ready for a set pick up time takes something away. Also, the topping combinations get scaled back. I bought a big bag of sliced pepperoni and it's fine, but not as good as a stick sliced by hand. I need to find somewhere locally that will sell me Ezzo pepperoni. Or at least the Hormel pre-sliced cup and char. I think they are coming out with one to be sold in grocery stores. 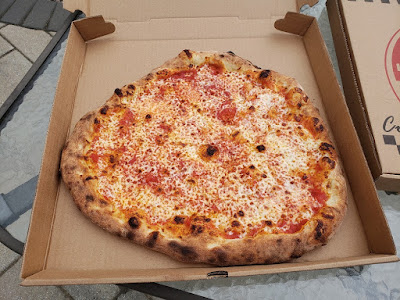 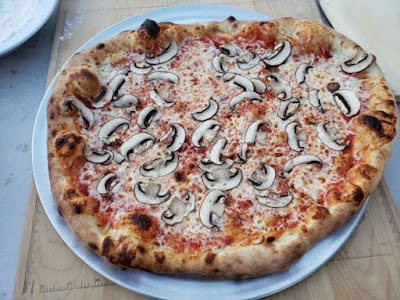 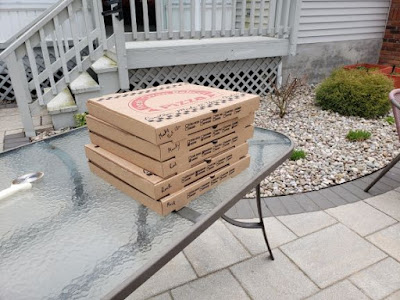 In other pizza news, I listened to as much of PizzaZoom 2020 as I could. It was basically a parade of well known pizza people meeting through Zoom and you could just eavesdrop in on the conversation. It was like hanging out with them in a bar after closing. There were demos from both home kitchens and restaurants. Parts were funny. Some stories were amazing – the back story on Angelo’s Pizzeria in South Philly put that shop on my to-do. They also make their own bread for their cheesesteaks which look and sound great. There was a fun session with Chris Bianco. It is a combination of interesting and entertaining to listen to him talk. Good stories plus a willingness to help other pizza makers in the same way people helped him. He offered some excellent life advice: Just don’t be an asshole. The 3 days of web conference cost $5 with all the proceeds going to Pizza vs. Pandemic which is a new arm of Slice Out Hunger. They get pizza to hospitals and first responders because if anyone deserves a good slice of pizza right now, it is these people.

Also at the web conference, I saw a Dexter P177A pizza cutter. I had to have one. I picked it up while getting some cheese and more pizza boxes at restaurant depot. The difference between using a 4 inch pizza when and the smaller 2.5 inch wheel I had been using is huge. I love my new pizza cutter. To paraphrase Ferris Bueller, it is so choice. If you have the means, I highly recommend picking one up. And the P177A is also significantly cheaper than the Ferrari that Ferris was talking about. It’s beautiful, isn’t it? 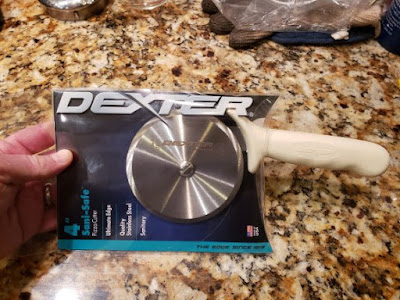