Alright, when I last wrote about the oven, I had finished the perlcrete insulation layer. I put a thin layer of fireclay (my understanding of fire clay is that is it basically silt with a lot of alumina so it can get really hot, so it really just very fine, fancy pants sand) to smooth it out. Did you have any idea there was a really big ceramic supply store in Troy?  I had none. Really nice people there. Anyhow, the top of the perlcrete was a little rough and I didn't want it poking into my fiber board insulation. InsBlok 19. I've got 2 inches of it on top of the perlcrete. I've got a little of the board leftover for insulation a future oven door. 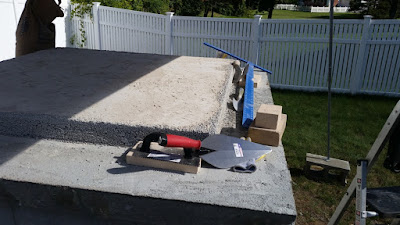 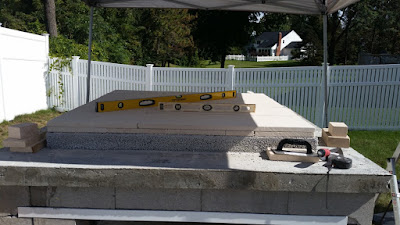 Now we're getting into the actual oven. The biscotto I had shipped in from Ital isn't as thick as a single firebrick. But the biscotto plus a split firebrick is less than a quarter inch taller than a firebrick. So using more fireclay to level eveything, half the oven floor is biscotto raised up with a split and the rest of the oven is just one firebrick high. Hopefully the pictures make more sense. Unfotunately the canopy I have over the oven throws some shadows that mess up the pictures, but it is more important that the insulation board stays dry. 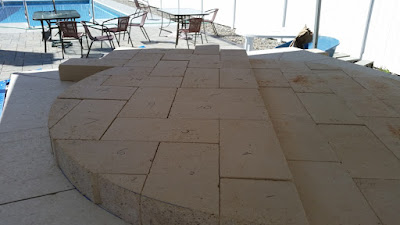 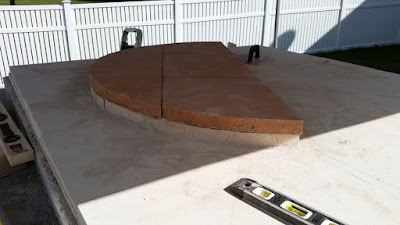 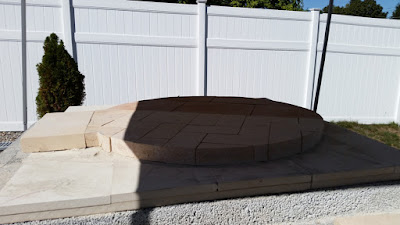 With the floor in, I moved into production brick cutting for the oven walls. To help get to the wall height I wanted, I came up with using cut splits on the bottom, then a firebrick split wall liner backed with refractory concrete to make a 3 inch thick wall. Once again, pictures will probably help. 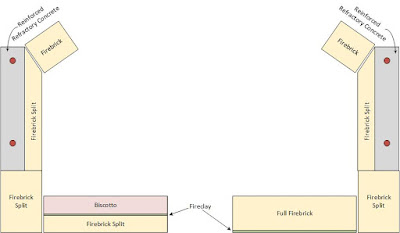 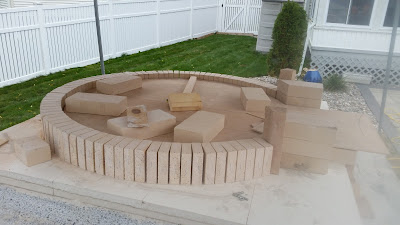 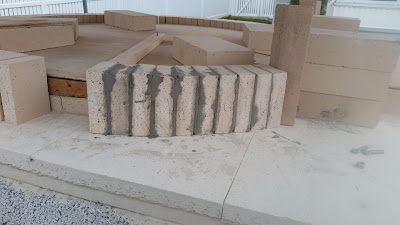 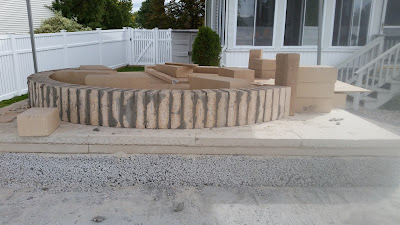 Once the base of the wall was done, I had to cut the splits that would line the inside of the wall. To get them to fit nicely, the sides had to be beveled and the tops needed to be cut at an angle to meet the dome. It took a little figuring out, but I like how they came out. 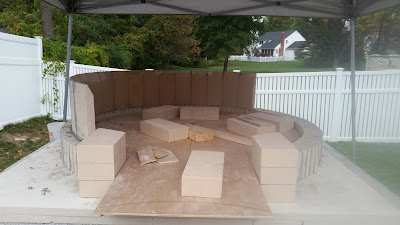 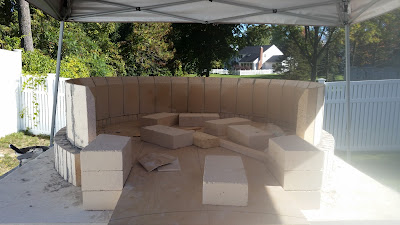 Next was the rest of the wall. I found some flexible cardboard-ish board that was pretty cheap at Home Depot. On face of the board was a shiny smooth. I used that face as the inside of the form. The board wrapped into a circle pretty easily and I held it in place with concrete blocks and stacks of firebrick I was already stockpiling for the dome. To reinforce the wall, I used welded wire mesh. The same stuff that goes into a sidewalk. The concrete I used was a homebrew refractory mix. 3 parts sand, 1 part hydrated lime, 1 part fireclay, 1 part Portland cement and 2 parts broken up pieces of firebrick. Yes, I spent hours chipping bigger pieces of firebrick into tiny pieces of firebrick. And I thought I had enough, but I didn't so I had to hurry up and chip some more. I also ran out of sand in the middle of this too. oops. 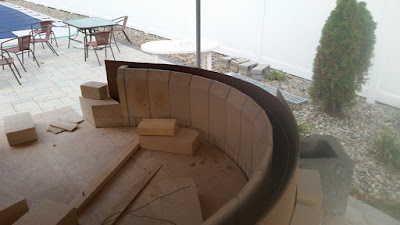 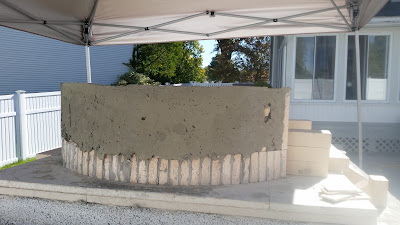 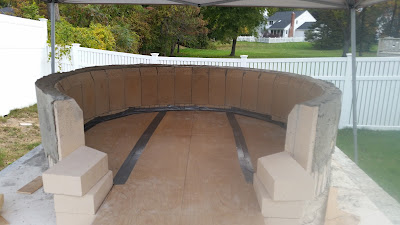 At this point, I think it looks like a mini Colosseum. From here, it's time to build the dome. So far, I've got two courses of brick set. 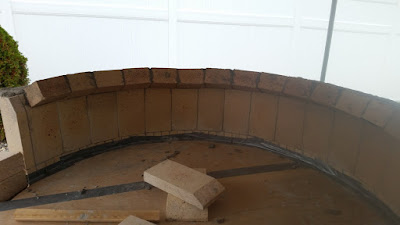 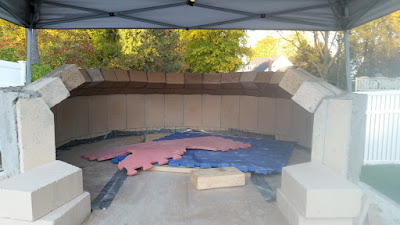 I hope to cut Row 3 on Thursday and maybe put it up on Friday. Hopefully the weather cooperates and I can make some progress over the weekend too. So far it's fun, even with a few glitches. There's one brick that moved a little and I'm going to be the only one that notices, but it is going to piss me off until the end of time. And it feels like I'm going to get good with a trowel just in time to set the last brick. But overall, I'm enjoying it and I think I would have regretted not at least trying to build the oven myself.