Wouldn't you want to live there?

This past weekend My daughter Allison and I ventured to Staten Island for my nephew's birthday party. This was only half the family as my younger daughter Casey was running a fever. Before we left Staten Island for the return trip home, I asked Allison if she was up for a pizza adventure. She was game and off we went trusting a GPS on the dashboard to get us there.

It was a little disappointing to watch the "Arrival Time" on the GPS get later and later as we sat in some Jersey traffic. But the traffic lights seemed to get further and further apart and then the road turned into an actual highway. The GPS did it's job and we pulled into the parking lot of Pizza Town, USA.

I had first heard of Pizza Town, USA on the forums of pizzamaking.com. Then I read about it on the Slice portion of Serious Eats. And then I posted this video of pizza being made at Pizza Town, USA a little over a year ago. I really wanted to check this place out and was pretty happy my daughter was willing to go for the trip. 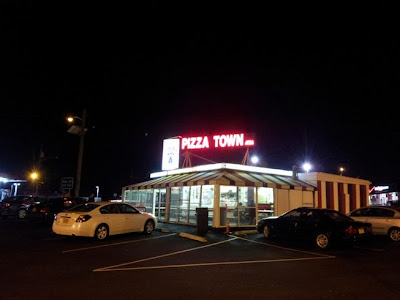 Before we got there, I had decided I was going to have everything in the Serious Eats write up. I wasn't sure I was going to make it back and I wasn't going to leave with regrets. I started out with 4 slices for the two of us. Two slices on per plate. 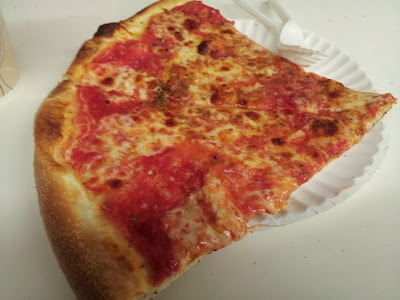 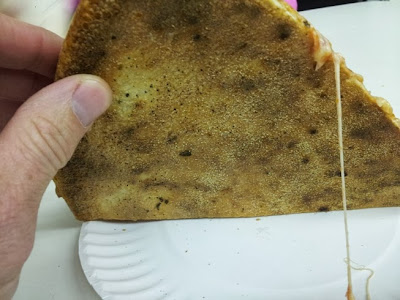 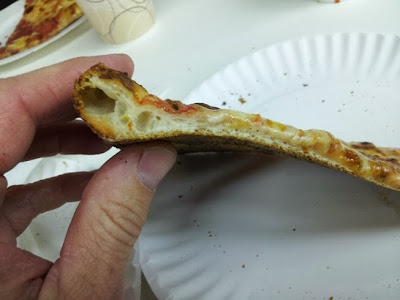 I'm really not sure how they do it. The crust had a definite crunch to it, but it was tender. How can something be crunchy and tender? Apparently there's a way. The crust had a great flavor too. I was so-so on the pizza sauce. It seemed a little sweet to me. But that didn't stop me from eating 3 of the 4 slices we ordered. Next up was the small calzone...which is fried, and pretty tasty. 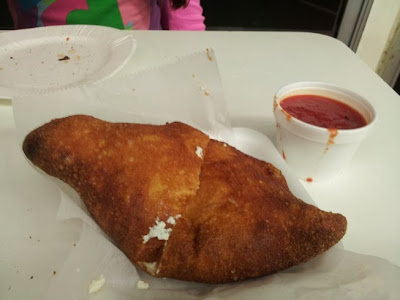 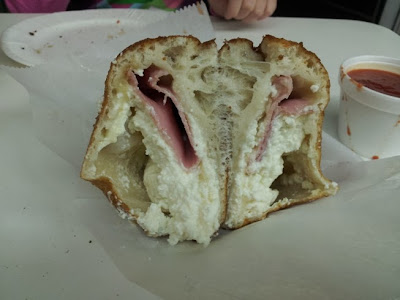 After the calzone, we still had some room for pizza, so we ordered two more slices, one for each of us. 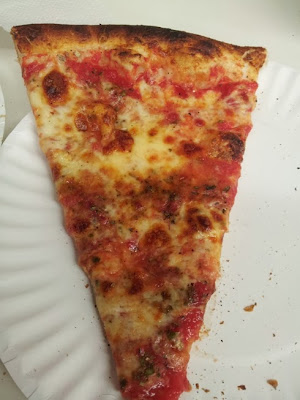 We could leave without dessert. Pizza Town makes zeppole, so we got a dozen. We couldn't come close to finishing them. Probably should have gotten half a dozen. 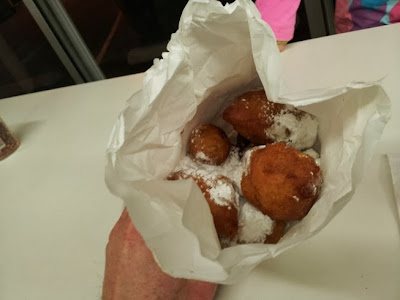 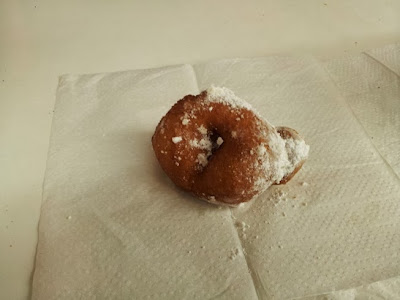 Like our local cider doughnuts, the zeppole would be better fresh. You could see they had a bunch made that the reheated in the fryers and topped with sugar. They we OK, but nothing extraordinary. If you could get them fresh when they are making the big batch of zeppole, I bet they are amazing.

For a slice joint, they had a handful of subs on the menu too...meatball, sausage, pepper&egg, eggplant and few cold subs too. A lot of people came and went while we were enjoying our dinner. Only one person got a sub to go with their slices. Looks like pizza is the king in Pizza Town. 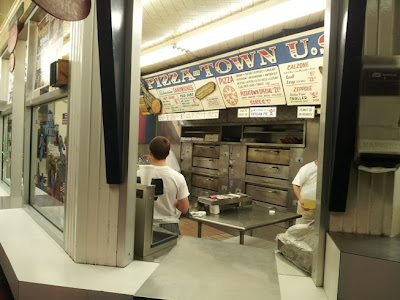 Should you want to visit Pizza Town, USA it is at 89 US Highway 46 in Elmwood Park, NJ. pretty close to Garden State Parkway Exit 157.