I made this once before and remember it being pretty good. The only modification that I made to the recipe was to actually use Fermento since I have some now instead of dried milk. I also forgot to dissolve the Fermento in water and just added dried with the spices. So much for reading the recipe a few times a day this week.

I started by cutting up a rump roast. This beef is from steers raised in my in-law's back yard (it's a pretty big yard) 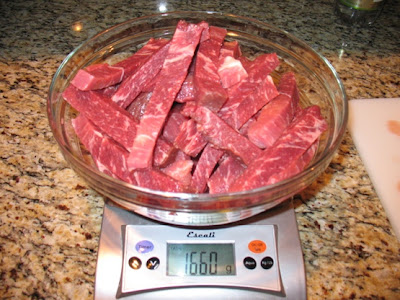 To the beef, I added a pork butt that I had picked up earlier in the week. The recipe calls for half as much pork as beef. I went a little over that ratio because there wasn't enough pork but left over to make sausage.  It would have make just under 100 grams (little less than a quarter pound) so I just kept in in the summer sausage. 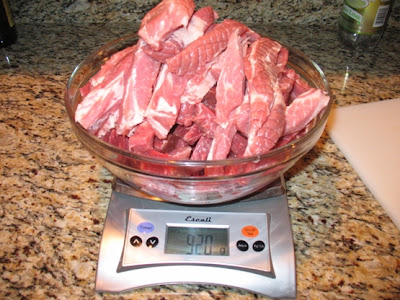 \
All the meat went through the coarse plate of the Kitchen Aid grinder attachment. Et voila - ground meat. 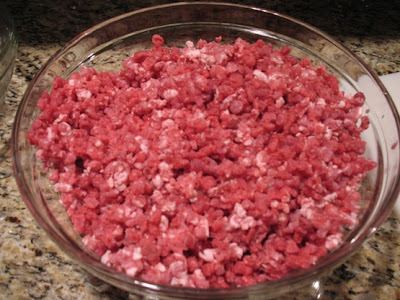 I put the meat in the fridge and put weighed out all the spices. It's nerdy, but I use a spreadsheet to adjust the original recipe spice weights to the weight of meat I am currently using. Here are the spices getting weighed out - salt, pink cure#1, dextrose, Fermento, Coleman's, granulated garlic and ground coriander. 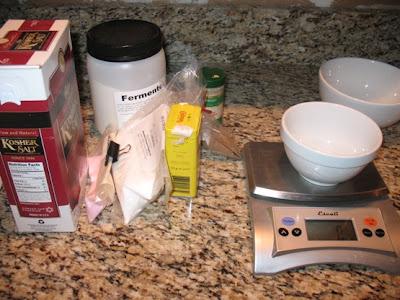 Got the spice combination and some diced fat back here. 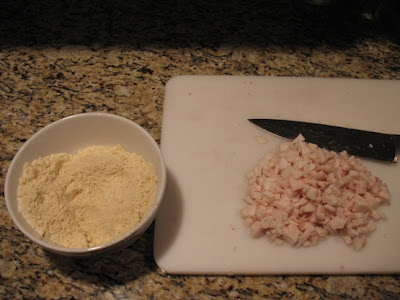 I didn't add any water to the spice mixture turning it into a paste before adding it to the meat. Forgot that step. I just mixed everything together and it smelled good. 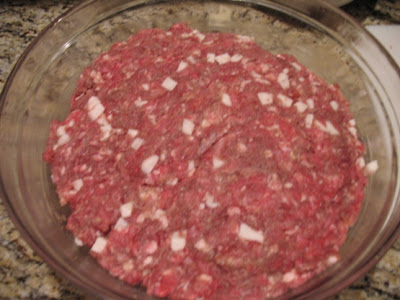 The seasoned meat goes into the fridge for 2 days. On Sunday, I'll run it though the grinder again and then stuff it into casings. Maybe I can smoke it on Monday.
Posted by Jon in Albany at 11:42 PM