I have successfully avoided Facebook. The only time I was tempted was when I was invited to friend a chef whose blog I had been following. I hemmed and hawed and waited and eventually completely forgot about my invitation. About a month later, Facebook sent me an email reminding me of the invitation. When I got that, I feared I had completely blown off a chef that had been nothing but friendly to me - a complete stranger that stumbled onto his blog and got his email address. So I sent him an email that basically said, "I decided I wasn't ready to join the Facebook crowd and then quite rudely never mentioned it to you.  I'm sure you spent many sleepless nights wondering if 'Jon in Albany' was going to join you Facebook, and for that I am sorry." He took not being friended by a complete stranger very well and continued replying to my occasional charcuterie question. I've never looked back at ignoring Facebook. Still quite glad I have nothing to do with it. I can waste hours in front of a computer screen without...well, without whatever people do on Facebook. 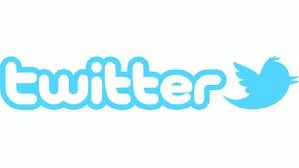 To date, I have also been resistant to The Twitter. However, with Twitter I am starting to feel like I might be missing something. Pretty sure I would mostly be a follower. A handful of comedians, maybe a few chefs, some local people too. The decision would be easier if I could figure out how to follow a conversation. There's got to be a idiot's guide to using Twitter out there somewhere. I could just wait a few more years and then the kids will teach me how to use it. So far, I am still better at computer stuff then they are. Those days are numbered though. I don't know, Twitter. I'm a definite maybe.
Posted by Jon in Albany at 9:47 AM