For about two years, these two steers roamed the field at my in-laws. 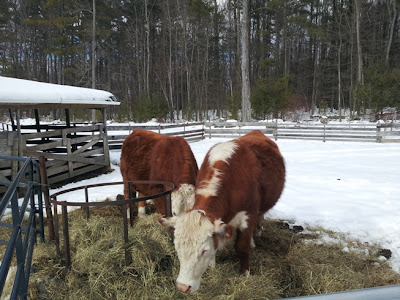 They were good animals. Only got jumpy once - they did not like the sound a weed-whacker makes. For the most part, they were very calm animals that wandered around and ate grass. Earlier today, both steers were slaughtered.

My nervous joke prior to participating in my first slaughter was that either "I'm going to have a lot of beef, or I'm going to be a vegetarian with a lot of beef to give away." I still eat meat but since starting in this home raised meat project, I waste much less food than I used to waste. I think a large part of that came from seeing the origins of the beef I ate. With that in mind, I am going to post some photos I took earlier this morning.

This is the first time I used a "jump." Hopefully I got it right. If this isn't something you want to see, please don't read the rest of this post. I'll put something else up in a day or two.


Both steers were put in headlocks. One was released and came around the corner and saw a bowl of food. It was then shot with a .22 rifle and it's throat was slit. The steer died very quickly. 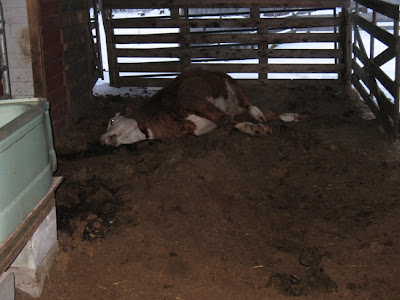 A chain was put around one hoof and the steer was pulled to a frame (with a tractor) that has two hoists and a spreader bar. 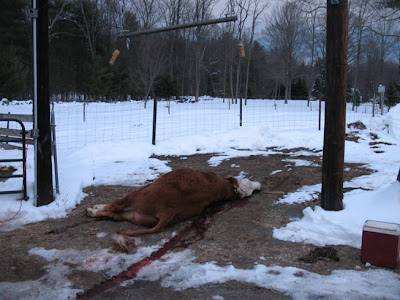 The feet are removed and removal of the hide begins. The hides cover the cost of the slaughter and aging the beef. The knife work is incredibly impressive to watch. There is no wasted movement and extreme accuracy. One wrong cut can drastically reduce the value of the hide. 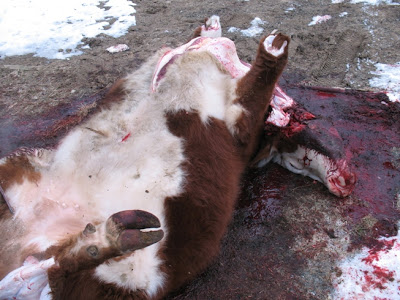 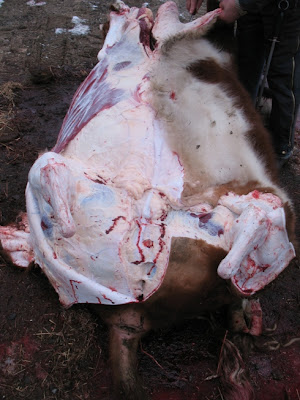 As the hide removal process continues, the hoists are raised as need. At one point (no photos of this because I was busy), the body cavity is opened and the viscera are spilled into the bucket of a tractor. The viscera are then loaded in to 55 gallon drums to be picked up by a rendering plant. For some reason, in my mind this is where the change from animal to meat occurs. 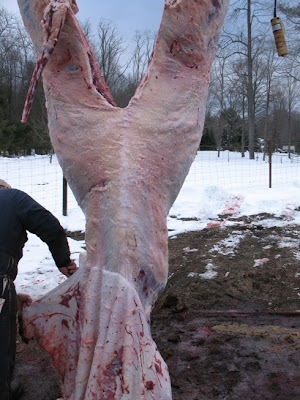 Once removed, the hides are placed in rubber buckets for transport. The hide of a full grown steer is surprisingly heavy. 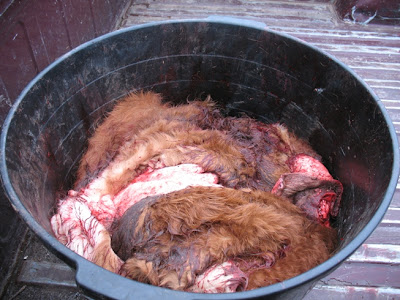 An electric saw is used to cut the carcass in half. 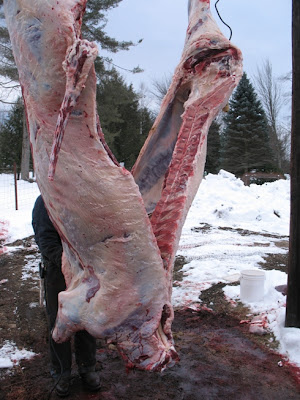 Once split, the halves are cut into to front and hind quarters and lowered into a truck to be transported to the butcher shop. 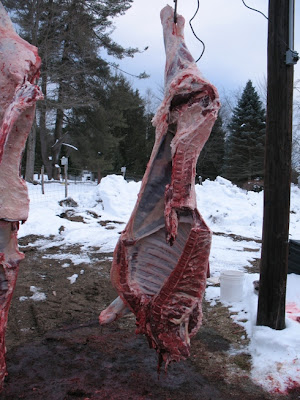 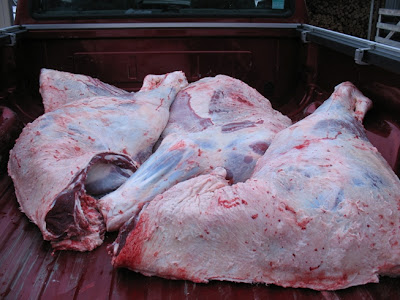 The process was then repeated with the second steer. From start to finish, it took just under one hour for the steer to go from alive to quartered. Half of each steer was weighed when we arrived at the butcher shop. The hanging weights were 670 and 614 pounds. 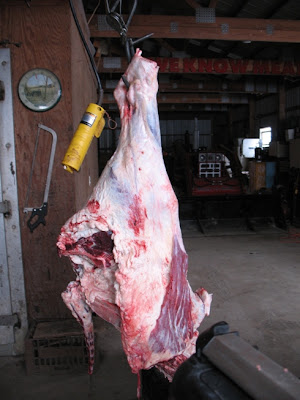 Once weighed, the quarters were put on a track and moved into a cold room where they will dry age for two weeks. 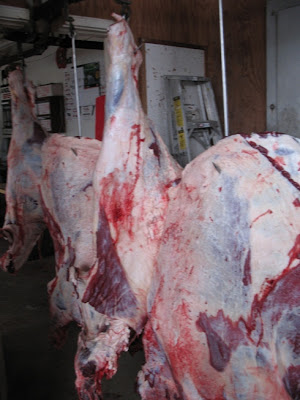 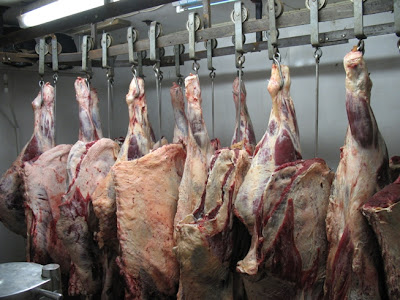 In two weeks, we will make decision about how when want the meat butchered (roasts, steaks, cube steaks, stew meat, burger...) and wrap the beef for freezing. I'll post some pictures of that as well.
Posted by Jon in Albany at 10:28 PM