Flour City Pasta has had a table up at the Troy Farmer's Market for awhile and I'm finally just getting around to trying their stuff. I picked up half a pound of "Pizza" pasta (right) and mushroom fettuccine. Each pasta comes with a suggested recipe.

The pizza pasta had various noodle shapes. Normally, this is something I hate. I don't know why. Maybe there's a little OCD in me, but I don't combine pasta shapes. It's not that people who combine pasta shapes are morally bankrupt or evil....they're just not to be trusted. But I thought the kids might like it so I gave it a try. The various shapes are different colors and have different flavors.  There are tomato, mushroom, basil, onion and oregano flavored noodles in the mix. 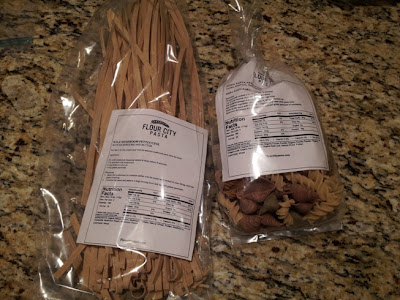 While the pasta boiled I made a quick tomato sauce with homemade ground sausage. 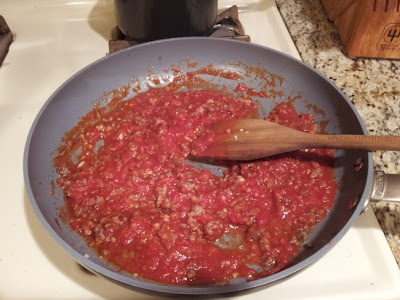 The pizza smell coming out of the boiling pasta water was noticeable. The oregano was the strongest scent. I took the noodles out a little early and let them finish cooking in the sauce. Not the prettiest dish in the world, but it was tasty. Stuck in my ways, I think a singular noodle shape would improve the dish. The kids were more interested in playing with the neighbors, ate a little bit and then headed out the door. Nothing was going to hold their attention that night. 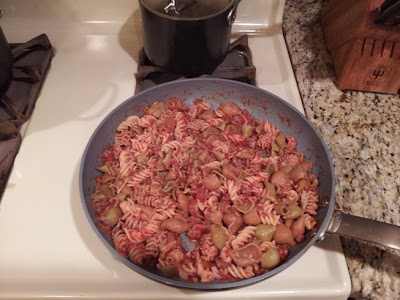 Later in the week I cooked up the mushroom fettuccine with some mushrooms, olive oil and Parmesan.  This was also pretty good. If I made it again, I'd do the sauteed mushroom and sauce a little differently and use some more garlic. Can't fault the noodles for a lack of garlic, that is purely operator error. 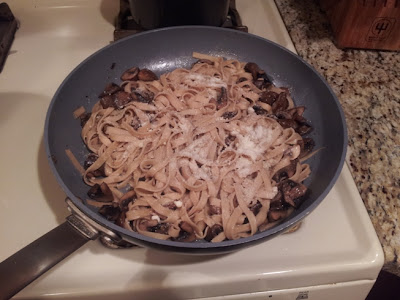 They guys running the stand were very friendly and they have a pretty wide selection of pasta flavors and shapes. Just another one of the interesting stands that makes the Troy Farmer''s Market fun to walk around.
Posted by Jon in Albany at 10:47 PM