I missed the ice cream tour this week and compensated by eating my weight in Pepe's pizza. Earlier tonight, my older daughter's Girl Scout Troop had a service trip to the Albany food pantry. My wife had to work late. That left me and my younger daughter with two hours of time to kill.....what to do?

First stop was the library where I picked up a copy of Pizza: More than 60 Recipes for Delicious Homemade Pizza. Yeah, blah blah blah another pizza book. But this one has Tony Gemignani as one of the authors. Who? Tony Freakin Gemignani, that's who. The library had the book there, just sitting on the shelves waiting for me to pick up. Can't wait to go through the book.

So after I dragged Casey to the library, she wanted to get some ice cream. No problem. Let me break out the smartphone, reread the tour summary and program the GPS. She patiently waited listening to music while I set a course for Moxie's. Unfortunately, the GPS didn't know about a road closure. A missed turn and a detour later, the 20 minute ride was closer to 30 minutes. We made it. 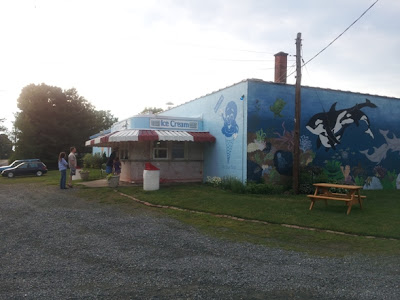 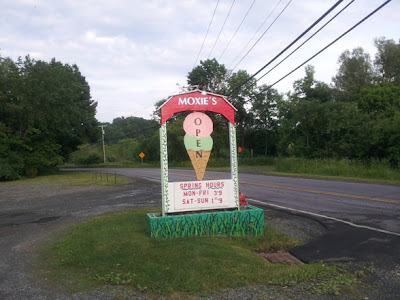 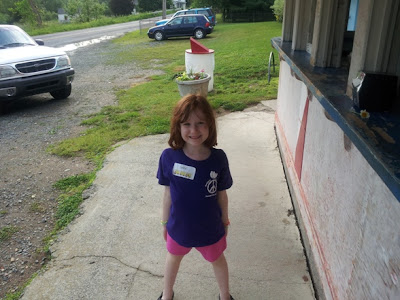 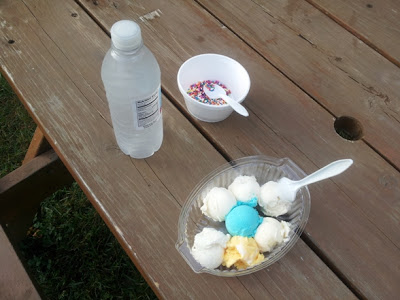 You get six scoops of different vanilla ice cream, a scoop of Blue Moon (one of their signature ice creams) and a bottle of water. I don't know if we got charged for the sprinkles or not - this was just over 6 bucks. My winning negotiation tactic was ripped from When Harry Met Sally - if the sprinkles were on the side, she could dunk in every bite - Checkmate. The vanillas were all slightly different. I'm not sure I could single one out as the best. I thought the bright yellow one was the worst. I didn't pay that much attention to the names but they are served alphabetically so you can if you want to. We had fun sitting at the picnic table sharing our world tour. Plus, Moxie's has a mini park. 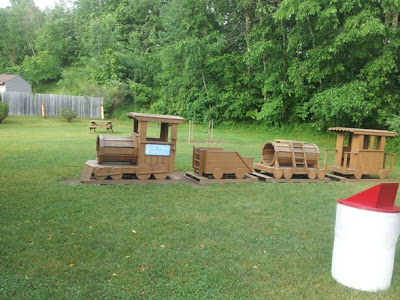 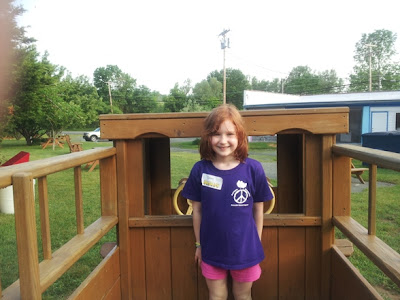 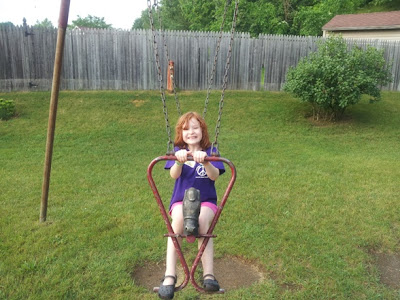 We had a great time. We had the run of the playground and laughed a lot. The trip was a blast. In comparison to the best ice creams I've ever had, Moxie's is not in the running. "The Best" titles go out to Bart's in North Hampton, MA (but I haven't been there in over 20 years so I can't vouch for it still being incredible or even in business) and this place in Deep Creek, Maryland - holy shit their vanilla was amazing. That place in Deep Creek was also the first place I ever had Birthday Cake ice cream. Sadly, I have never had another version of birthday cake ice cream that even comes close. If their Birthday Cake ice cream is a 10, I don't think I've had anything above a 4 since. Thanks google: if you find yourself in Deep Creek, go to Lakeside Creamery. As a vacation destination, Deep Creek is kind of weak and not worth the ride from Albany, but I might go back for the ice cream. Yet I digress...

Moxie's is clearly a local gem with good ice cream, extremely friendly service and a neat little play ground. I'm not sure how they handle cross contamination, but a sign offered a gluten free option. There were several other flavors that are probably unique to Moxie's that I'd like to try.  Next visit, I'm going for horchata. It's based on a beverage I've never heard of, but I want to try it. Watermelon sounded good too.