Bored on a Wednesday In Buffalo?

It's always nice if you know someone that lives where you are traveling. They know the ins and outs. Good spots. Things only a local can know. On my last trip to Buffalo, my friend Kevin took us to the local speedway. On Wednesdays during the summer, you can drag race anything you want for 5 bucks. 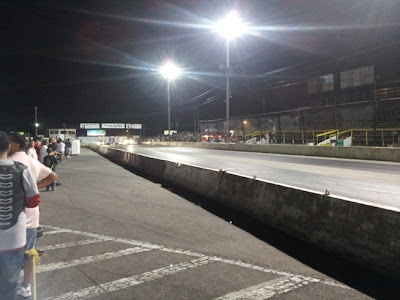 For five bucks you get to heat up your tires by spinning them on some water, then you pull up to the starting line, the lights flash down to green, and then you gun it up the 1/8 mile long track. A radar gun/timer combo displays speeds and times. There were some pretty loaded cars there. A white Camero flew up the track. But you could race anything. People raced pickup trucks, old cars, new cars, there were a few Ford vs. Chevy races. We even saw an old Honda Hatchback go squealing by. I don't remember the make of the car, but I'm pretty sure we saw a teenager destroy his father's transmission. 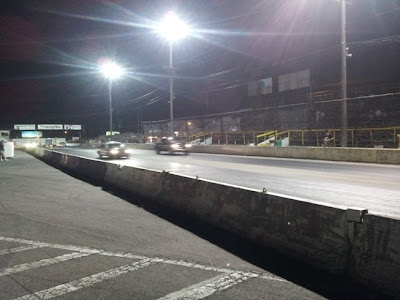 There were guys on motorcycles that got up to 110 mph and did the 1/8 mile in under 7 seconds.  These two blurs...they're motorcycles. 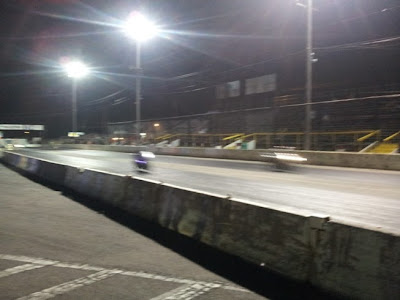 They also had a tire smoking competition. I was familiar with drag racing, but had never heard of this. A vehicle backs into a little cage, locks up the breaks and destroys the rear tires to the delight of the crowd. Seriously, not making it up. This guy insisted on spinning the tires until they popped. Now you see the truck... 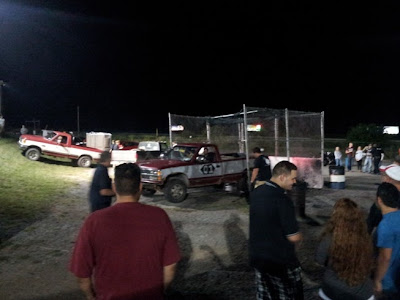 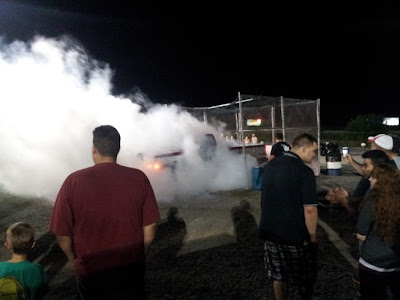 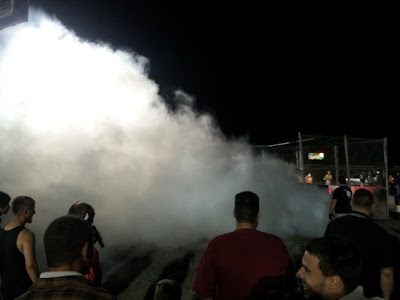 The smell is not good and there were people just sitting in the smoke. Here's what a completely destroyed tire looks like. 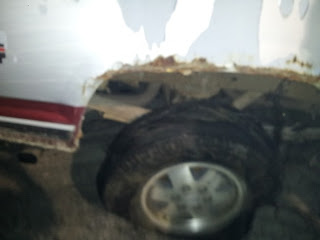 No cost to walk around and see what's going on. It was a fun change of pace. I'd go again to who's racing.
Posted by Jon in Albany at 10:28 PM