Had a busy, but reasonably paced day. I'm typing at 9:50 and haven't really done any work for a few hours. That is light years ahead of last year. All that is left on today's list is to make a schedule for tomorrow. I started making up an ideal timeline. You have to be flexible with it, but it gives you a good idea of when the gravy needs to get made in relation to when the potatoes needs to get boiled. This year, there is no fried turkey. Not because William Shatner made it seem like I was risking my life, but because what you get in relation to the cost doesn't seem worth it. I mean frying makes a good turkey, but is it worth $30 or more of oil? This year I answered I went with "No." There will be one, larger smoked turkey this year. Thanksgiving gets easier if the turkey is cooked outside. It frees up the whole kitchen. I think I might have said this already...anyhow, here's how the day went.

Got the kids off to school, came home and got going with the final shopping. Got home a little after 9 and put the sweet potatoes into the oven, started making applesauce from frozen apples we picked in September, made a roux for the gravy, and blanched some string beans for the vegetable. 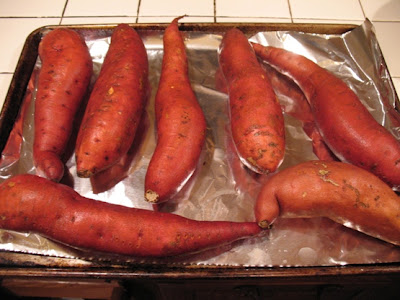 The frozen apples go into a pot and thaw/cook slowly for the next 90 minutes or so. 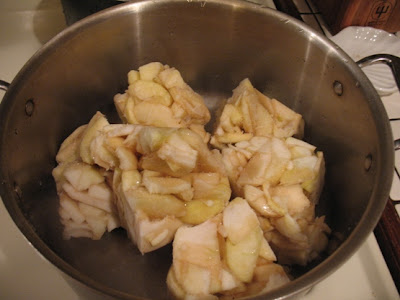 I trimmed all the end off about a pound and a half of beans. Small batches of greens were blanched in heavily salted water. The idea is not to lose the boil when adding beans. Why? Because Thomas Keller said so and while I have never eaten his food, you just got to give him the benefit of the doubt. 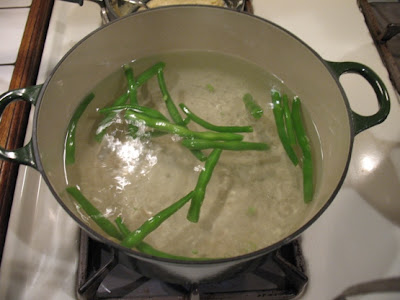 From the boiling water, the beans get dropped into an ice bath. The next fridge is totally going to have an ice maker. 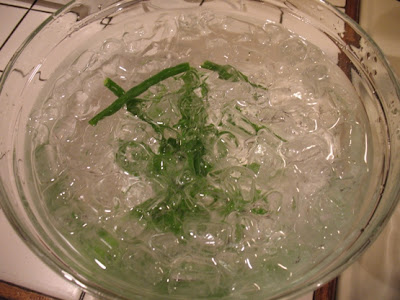 When the apples looked done, I mashed them with a potato masher and then added some cinnamon. 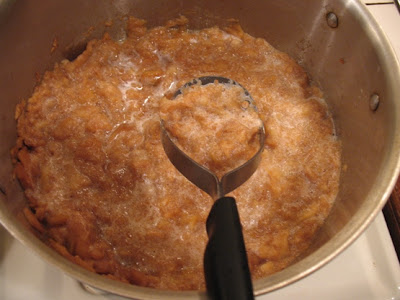 It was still a little too chunky, so I hit it with the stick blender. 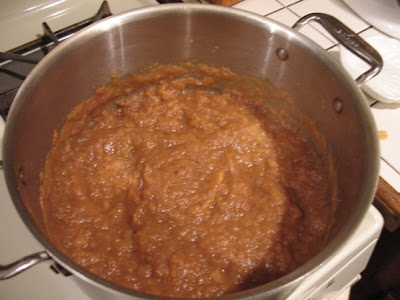 While all that was going on, I was also tending to a roux for the gravy. I cook the roux until it looks like peanut butter. 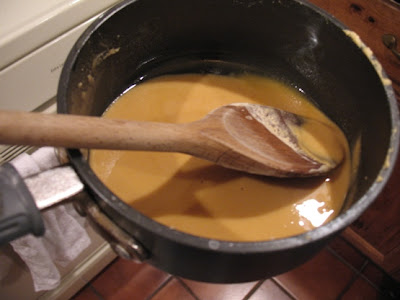 The sweet potatoes got peeled and put into the stand mixer. They get mashed up with butter, salt, cream, little bit of brown sugar and some maple syrup. When they taste good, I add an egg. Then I just put the mixture in a buttered Pyrex dish to get heated tomorrow. 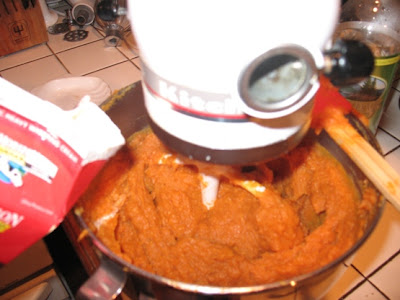 Once all that got cleaned up, I went over to the elementary school and ran a center in my daughter's kindergarten class. The class gets divided into four groups. The head teacher works with one group, a speech specialists works with a seconds group, a third group eats a snack and the fourth group was with me. Each station is 15 minutes long. The hour goes by pretty quick. At my station we colored pictures and made pilgrim hats. When I got back to the house, my parents had arrived. I quickly put them to work making toast for stuffing. They prepped two loaves of Mastrianni bread. That saves me a ton of time. While they did that, I sauteed some pancetta to go with the string beans and prepped all of the onions and celery to get cooked for the stuffing. 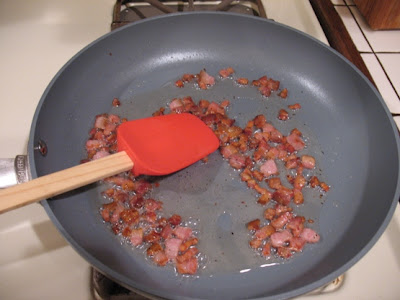 That's my new allegedly "green" non stick pan. It worked very well today. Time will tell how it holds up. I can say that new out of the box, this non stick coating is much better than a non stick Calphalon pan and another no-name brand pan were out of their boxes. Once the pancetta was crispy (it was very hard to not eat it all) and the celery and onions were cut up, it was time to go to the bus stop. My parents were done with the toasting mission and played with the kids and I cooked up the stuffing mix. 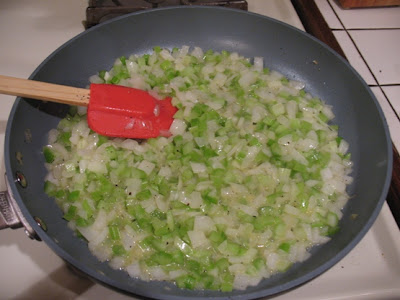 This gets mixed with sage and thyme. Tomorrow it gets combined with the bread and chicken stock. There is also a smaller vegetarian bowl of stuffing to be made. Once it was all cleaned up, my wife got home and we set out all the platters. Then we went out to dinner. A full day, but paced and never really stressful. I'm off to go make my timeline for game day tomorrow.

Happy Thanksgiving Everybody.
Posted by Jon in Albany at 10:28 PM