We went up to my inlaw's house this weekend to get ready for the arrival of some new steers. We had spent the summer cattle-free.  Moved some stuff around the barn, set up a bunch of gates and did a handful of odds and ends. The larger project was rebuilding a broken hay bale feeder. Ours is essentially some circular pieces of steel held apart by smaller pieces of steel. It keeps the hay bunched up. Versions larger than the one we built are actually for sale. But what is truly unique about this hay bale feeder is that I actually made two thirds of the welds on the frame. I should probably see if it lasts through the month before I start bragging or quit my day job. However, it should be noted that welding is super cool. 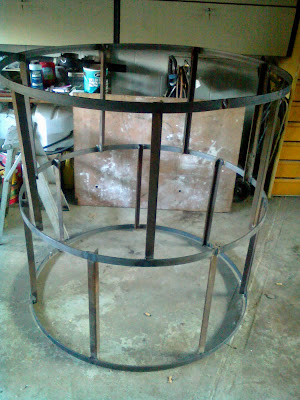 And her she is with a bottom plate ready to go next to the corral.

Later that afternoon, two calves were delivered from a nearby farm. Apparently, these calves were being pastures in Schoharie during Irene. One got swept away by rising waters and turned out to be a pretty good swimmer. Welcome to the farm, guys. 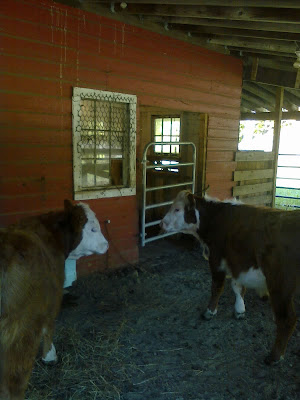