Just before New Year's, I made a pit stop to meet Norma of Norma's Pizza in Manheim, PA. During the visit, she talked about being closed on Tuesday the 12th because she would be taking the bus to New York City to compete in the Caputo Cup - a kind of big deal pizza making tournament. She was a little nervous and trying to plan out how she was going to get her dough and other ingredients to the city, deal with unfamiliar oven and handle anything else that came up. She said she wanted to go just for the experience. To be able to say she competed.

Well, earlier today Norma won FIRST place in NY Style. I am just thrilled for her. I found out an hour ago and can't stop smiling. Just awesome. 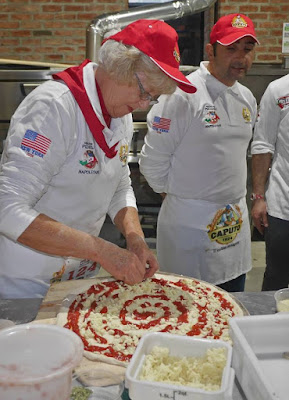 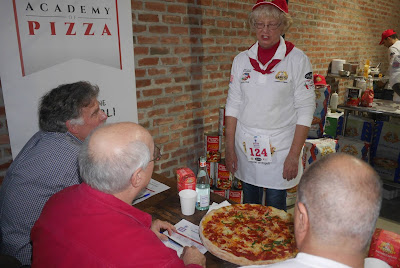 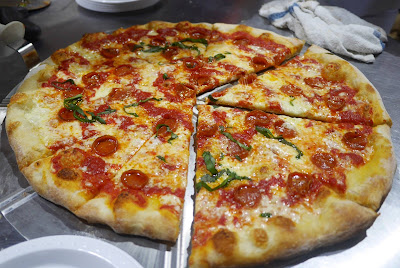 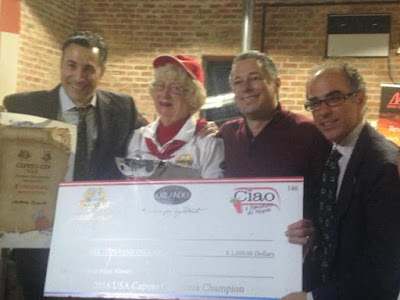 Photo from member Obsuaced at pizzamaking.com
Posted by Jon in Albany at 12:04 AM