Tomorrow night, Charcutepalooza comes to and end. I've had some ups and some downs, but overall I have enjoyed the ride. I did some things I had been meaning to get around to trying and the deadlines and goals set by the Charcutepalooza got them done. I thought I'd say good bye to Charcutepalooza with one last dish. These are Utica Inspired Greens so don yell at me for not being exactly traditional. If you want exactly traditional, as near as I can tell you should do this:

First thing I did was grate some Parmigiano cheese (yes I know that is Romano, but I like it). I usually by pieces of Parmigiano and grate it myself. A microplane really makes quick and beautiful work of it. 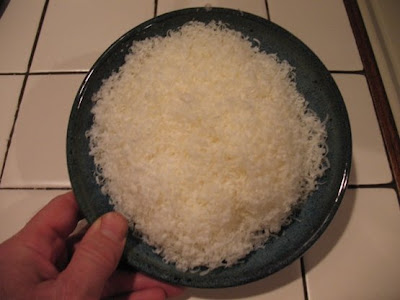 Beautiful and pillowy, right?  Then I was a head of escarole. 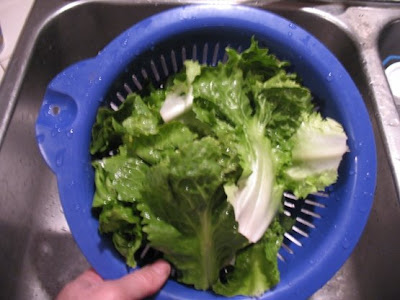 The escarole goes into salted, boiling water until it is tender. I cooked it for about 4 minutes. 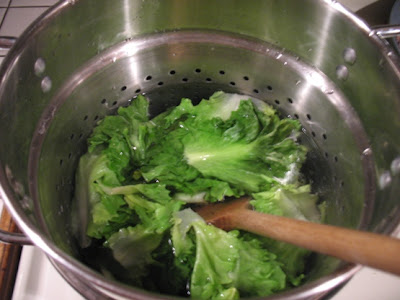 Meanwhile, start browning some diced homemade pancetta. I didn't weigh how much I used. I don't think you can use too much of it. 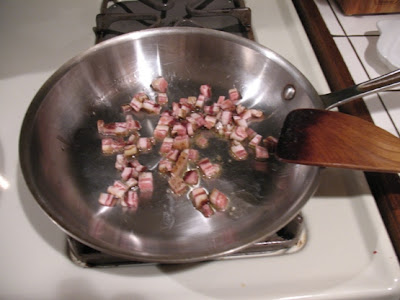 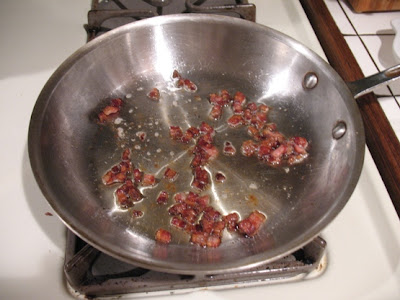 On the right is the boiled escarole with a quick chop to it. On the left are 4 or 5 pepperoncini that were cut and rinsed.  I was going to use a hot pepper, but they looked like crap in the store. I had a bottle of these at home and I think they worked pretty well. 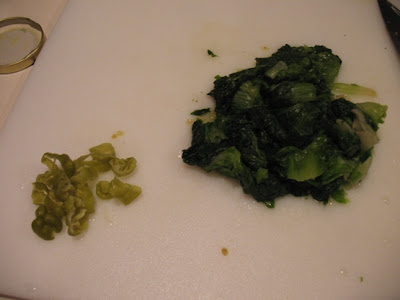 The pepperoncini get added to the pancetta fat for a quick saute. 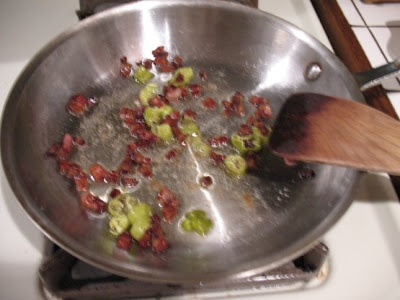 Then come the breadcrumbs. These were left over from Thanksgiving stuffing. I added a good handful and stirred. Then I added some chicken stock. This is another place where homemade stock will elevate your cooking. 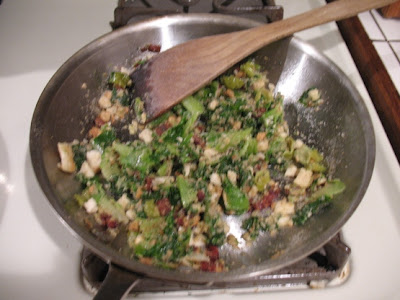 Mixed in a bunch of the grated cheese... 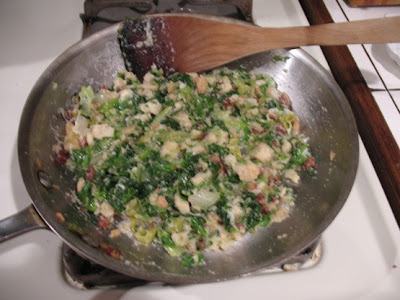 Topped it with some more breadcrumbs and grated cheese... 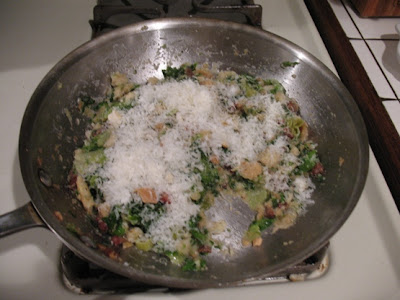 Then it goes in the broiled to get a top crust. A few minutes later you have a pan full of really good eating. 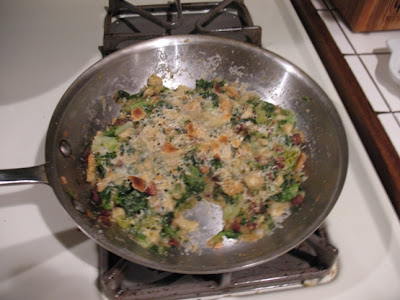 The key ingredient here is the pancetta. It totally made the dish. And you can't but this ingredient. Which is a shame. If you'd like to try some, let me know and I'll share.  I'm starting to get low myself and that is unacceptable. There is another batch somewhere off in the near future.

So long Charcutepalooza. It has been a fun year. I look forward to taking the skills I learned in your challenges and honing them over the years to come. I picked up some more sausage casings today at Price Chopper. What to make...what to make...
Posted by Jon in Albany at 12:01 AM