First a flashback to Project 2 - that pancetta is the best I have ever made. Fantastic stuff.

Returning to Project 3 - We had corned beef sandwiches for dinner last night. I thought it came out pretty good. There are probably a few things I would change. First, I think I'd cut back on the red pepper flakes. I was surprised how easy it was to feel their heat. It was good, just not something I was expecting in corned beef. Corned beef is supposed to be salty but I thought this was a little too salty. I'm going to blame that on not enough water in my cooking method. Here's how the corned beef went:

I rinsed the cured brisket and put into my slow cooker and filled it with water. Added 2 more tablespoons of the pickling spice and put it on low to simmer. 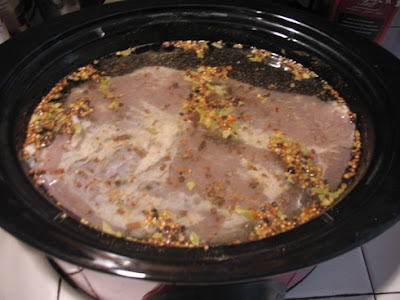 Here's what it looked like when it came out. 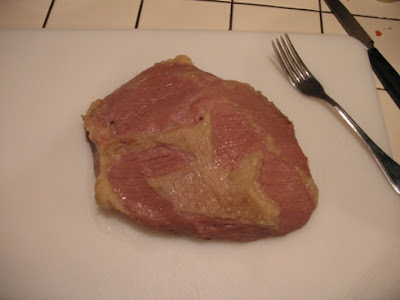 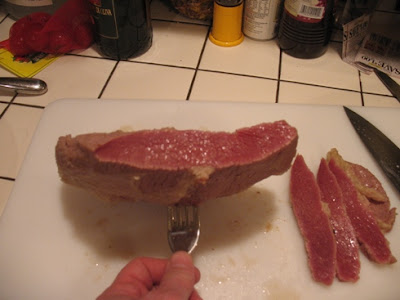 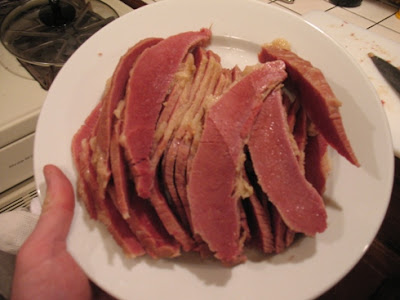 My younger daughter wasn't too into it. My older daughter liked it, but then I think some of the heat from the red pepper caught up to her. All in all, I thought the project was a success. It's all gone...Next time I would scale back some of the red pepper (maybe only use it in either the brine or the cooking liquid but not both). I'd also try to cook the beef in more water. I have a few bottom round roasts that I have never had success cooking. I think I might try to turn them into corned beef and see how they turn out.

Just under the wire, I thought I could get a chicken into the poultry brine and roast it for dinner tonight. Back to back brine projects. Started with weighing out salt and sugar in the white bowl next to the lemons. The rest of the ingredients, except some peppercorns are on the plate. There's parsley, tarragon, garlic, onion and some bay leaves. They all went into half a gallon of boiling water. 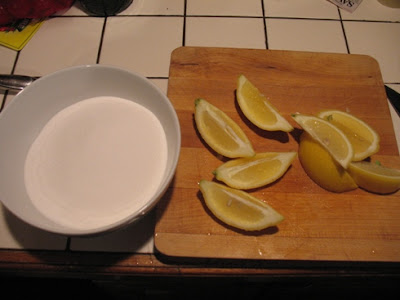 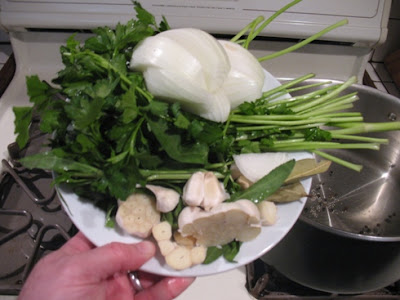 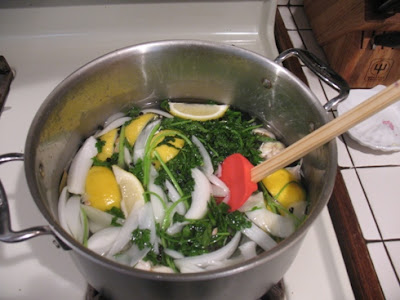 Once the salt ans sugar were dissolved, I poured the half gallon of brine into a bowl with a half gallon block of ice to cool. 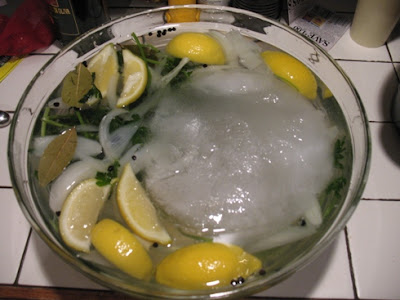 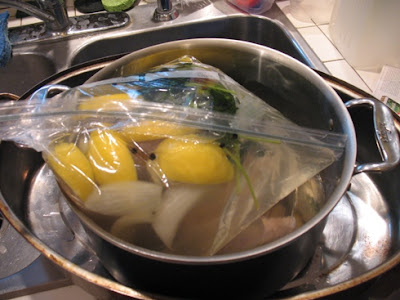 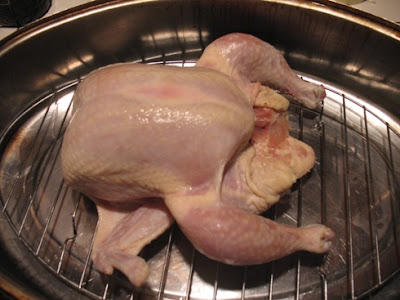 I put the chicken in the oven and waited. When I thought it was done (i was getting good temperature readings in the breast and thigh), I put the broiler on to crisp and brown the skin a little more. I took it out and let it rest. Then I cut it up. The thigh joint was still a little pink. I finished breaking down the bird and put it back in the oven. Dinner was now officially late. The breast meat was very juicy, tender and had a very nice flavor. The dark meat seemed to be a little more flavored by the brine. The tarragon flavor was much stronger. Lesson learned: I'm not really a tarragon fan. I also need a better roasting pan. This one kind of sucks. 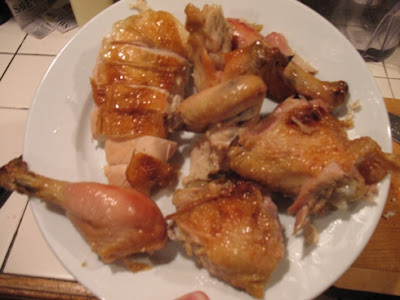 Challenge Number 4 is out: Hot smoking. I've got to get started on that because I think I'm going to be busy around the 15th of April. No time for last minute charcuterie.
Posted by Jon in Albany at 9:57 PM