This month's pizza challenge: Make a pizza you have never baked before.

I read the challenge and immediately had a plan: I was going to use the left side of my oven.

My oven floor has two materials. The right side is regular firebrick and the left side is biscotto that I, like a crazy person, had imported from Italy. The idea was bank the coals on the left and I would make a more American styled wood fired pizza with bake times in the 4 minute range. Bank the coals on the right, really crank up the heat and then launch Neapolitan style pizzas on the biscotto tile to the left. I have spent a lot of time trying to dial in my version of the wood fired pizza I ate growing up (serious Pizza Cognition Theory in effect) and now I end up making that with minor tweaks. It can kind of feel like that is the pizza I’m expected to make when the oven gets fired up and it is easy to fall into a rut. So, in all the time I have had a working wood oven, Sunday was the first time I banked the coals on the right side of the oven, got the fire roaring and launched pizza onto the biscotto.

I picked up a bag of Caputo Chef 00 flour. I was going to get an unmalted All purpose but couldn’t find one. If you are cooking at temperatures this high, the malt can burn. Check out a bag of your all purpose flour in the pantry. My guess is that it either has some kind of enzymes added or something with the word malt. That's what makes your cakes and cookies brown at 350 degrees. At over 800 degrees, that would burn. Not all, but most of the Italian 00 flours do not have malt added. Anyhow, Saturday morning I combined 600g flour, 376g water, 18g salt and 0.6 g of instant yeast, let it rest a bit and then did a series did 3 stretch/folds over the course of an hour. This gave made four about 245g balls and let I let them sit in a 60 degreed basement for about 24 hours. 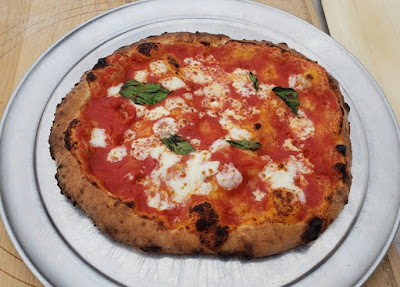 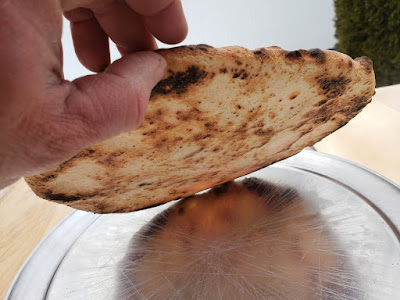 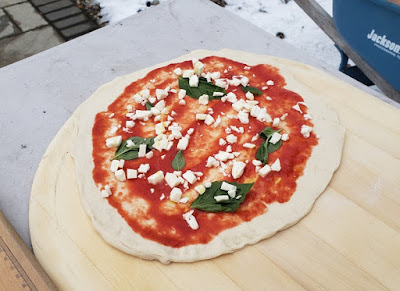 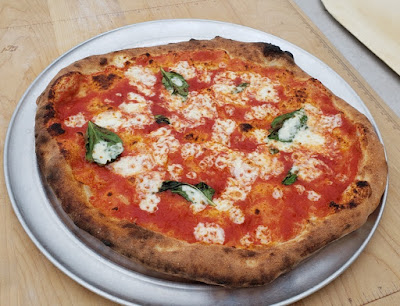 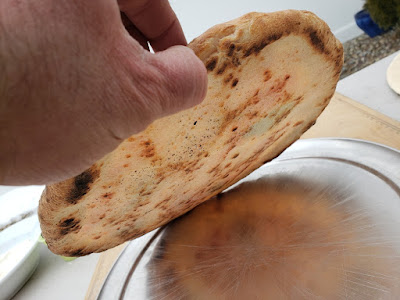 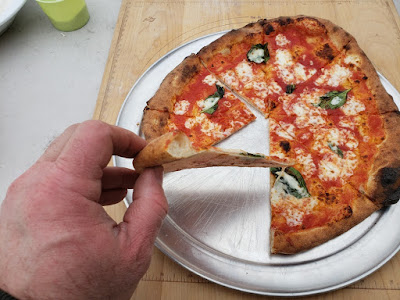 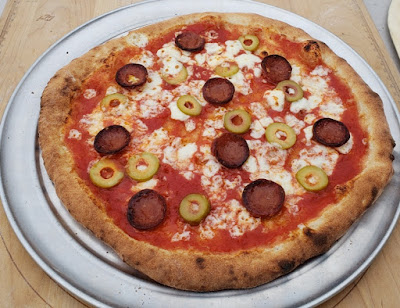 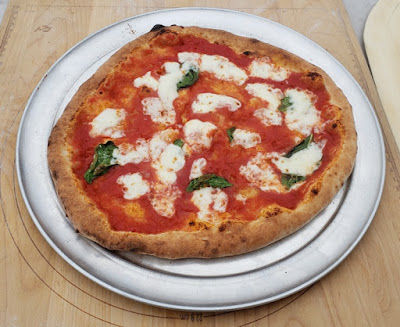 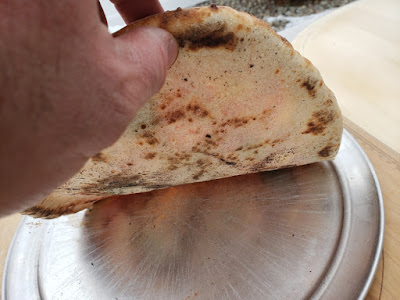 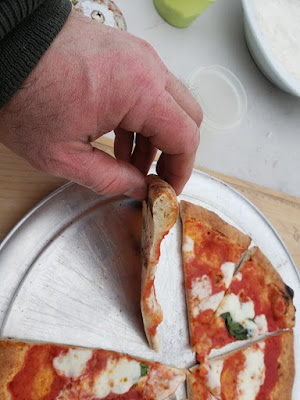 In the end, I think the dough might have been a little under fermented. Might be a bit colder in the basement than I thought. The dough was definitely the weak link of the pizzas Could have been some operator error opening them too. I made 3 Margherita pizzas experimenting with how the mozzarella was cut. Wasn’t impressed with Roma's fresh mozzarella. Tasted like they forgot the salt in the water so I added some salt to 2 of the 3 Margheritas pre bake. The other pie was a pepperoni/green olive that gave me a chance to play with my new olive pitter.

Bake times for these 4 pizzas were in the 1:30 to 1:45 range and the oven floor was about 850. I forgot to toss in a small log before launching the longer baked pie. And yes, I am my own worst critic. You could easily have paid $12 for a worse wood fired pizza than these (ask me how I know).

After making these Neapolitan pies, I took a little nap, let the oven cool down some and then made a bunch of my usual pies. A few for us, one delivered across the street and two were picked up. 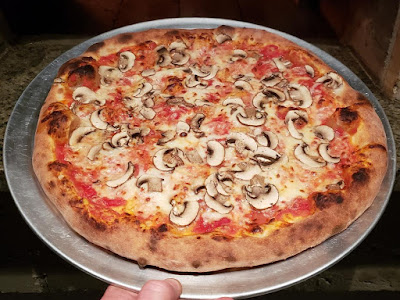 All in all, a fun day.  Kind of makes me think this could be a regular plan. Blast the oven and make Neapolitan pizzas around lunchtime. Take a nap and the make my usual for dinner. You really can't have too much pizza...