The Christmas cheesecake is currently baking in the oven. I like cheesecake, but it is the desert of choice for my wife's family. I make a tradtional NEw York cheesecake with the crust being the only exception. This crust is gluten free. I make this cheesecake a few times a year. There are some variations in the crust as I try different gluten free cookies pulverized in a food processor, but the cheesecake never really changes. This time the sugar has been infused with vanilla beans and the vanilla extract was homemade. We'll see if there is a nice vanilla flavored boost in this cheesecake. Here is some cream cheese mixing. Only 7 blocks of cream cheese...the vanilla extract is in front of the mixer. 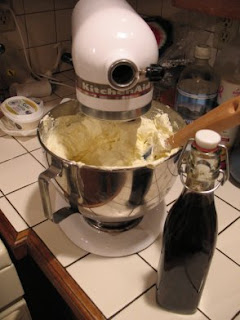 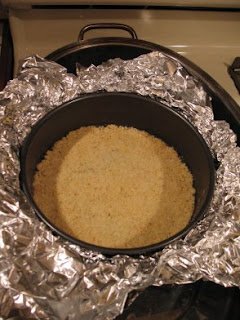 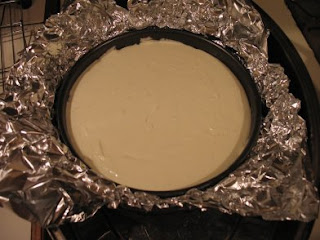 UPDATE: Here is the cheesecake cooling. Doesn't look much different. It does smell better though. 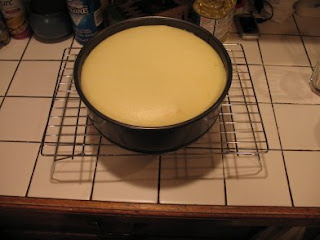